When hooking up your equipment to an air-conditioning or refrigeration unit, the only way of being certain what you’re getting into is by first using a refrigerant identifier.

SuperCool Group imports and distributes Neutronics identifiers, which are made in the United States and considered the best in the business.

The number of low global warming potential refrigerants on the market is growing rapidly and it is no longer possible to trust what it says on a system’s refrigerant label.

Just one contaminated or mislabelled system can infect your recovery cylinder, which then goes on to contaminate every system you service afterwards.

Incorrectly assuming which refrigerant in the system can also send you down all kinds of diagnostic dead-ends, especially if the refrigerant is contaminated by non-condensable substances such as air.

Worse, contaminated systems cannot run at full efficiency and are more likely to fail – outcomes that damage your reputation as much as they damage the environment.

In addition, as HCFC refrigerants become scarce due to worldwide environmental action that is now also putting pressure on high global warming potential HFC refrigerants, refrigerant recovery and re-use is becoming an increasingly valuable activity for those in the trade. 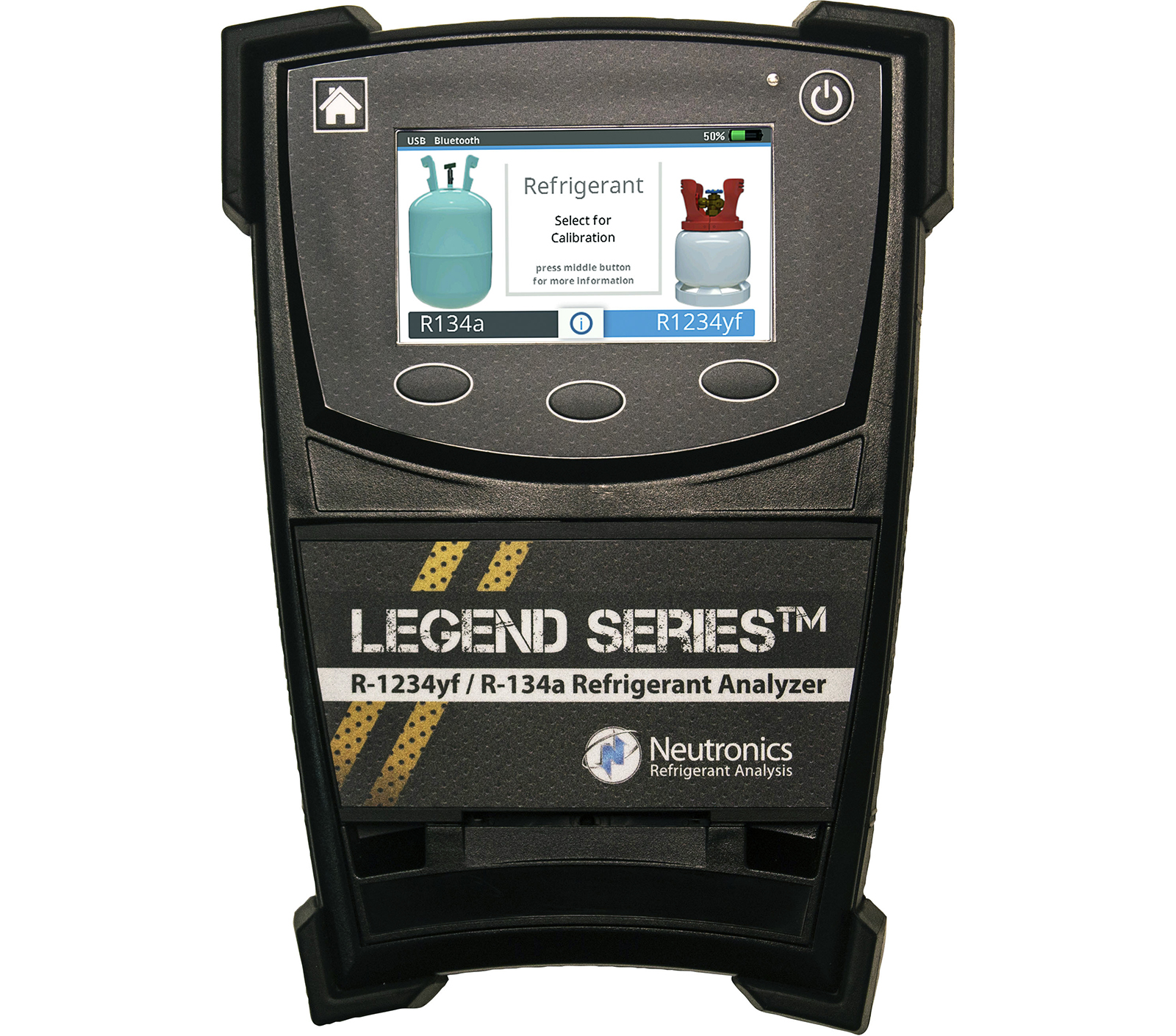 The “Legend” series is a the product of 25 years of experience in Automotive Refrigerant Identifiers and Analysers.
Part No. RI-LEGEND-P

The Neutronics range is as follows:

Designed for high volume samples in the automotive sector

Designed for high volume samples in the automotive sector

Designed for the commercial & industrial HVAC/R sectors with built-in printer for easy customer billing and referencing, capable of analysing most common refrigerants

Ready to save time and money with Neutronics?