A concept for helping to address chronic food wastage around the world, developed by SuperCool managing director Mark Mitchell, was one of the game-changers at the Carrier World Cold Chain Summit 2016 in Singapore in early December. Called FoodPort, it represents an adaptation of the efficiencies and logistical management of a busy airport, applied to food that might otherwise be dumped. Click here for a summit summary

FoodPorts that could be set up in any scale, would give excess food a place to go, for redirection into charities, recycling or energy from waste. Waste food would be given a value and become a tradeable commodity.

Mark collaborated with noted US food waste activist Steven Finn (below) to present the FoodPort concept to the receptive audience of global food wastage and cold chain experts.

Click here for a summit summary from Mark Mitchell

Click here to read a full report on the summit, written by Steven Finn, Mark Mitchell's collaborator for the presentation of the foodport concept 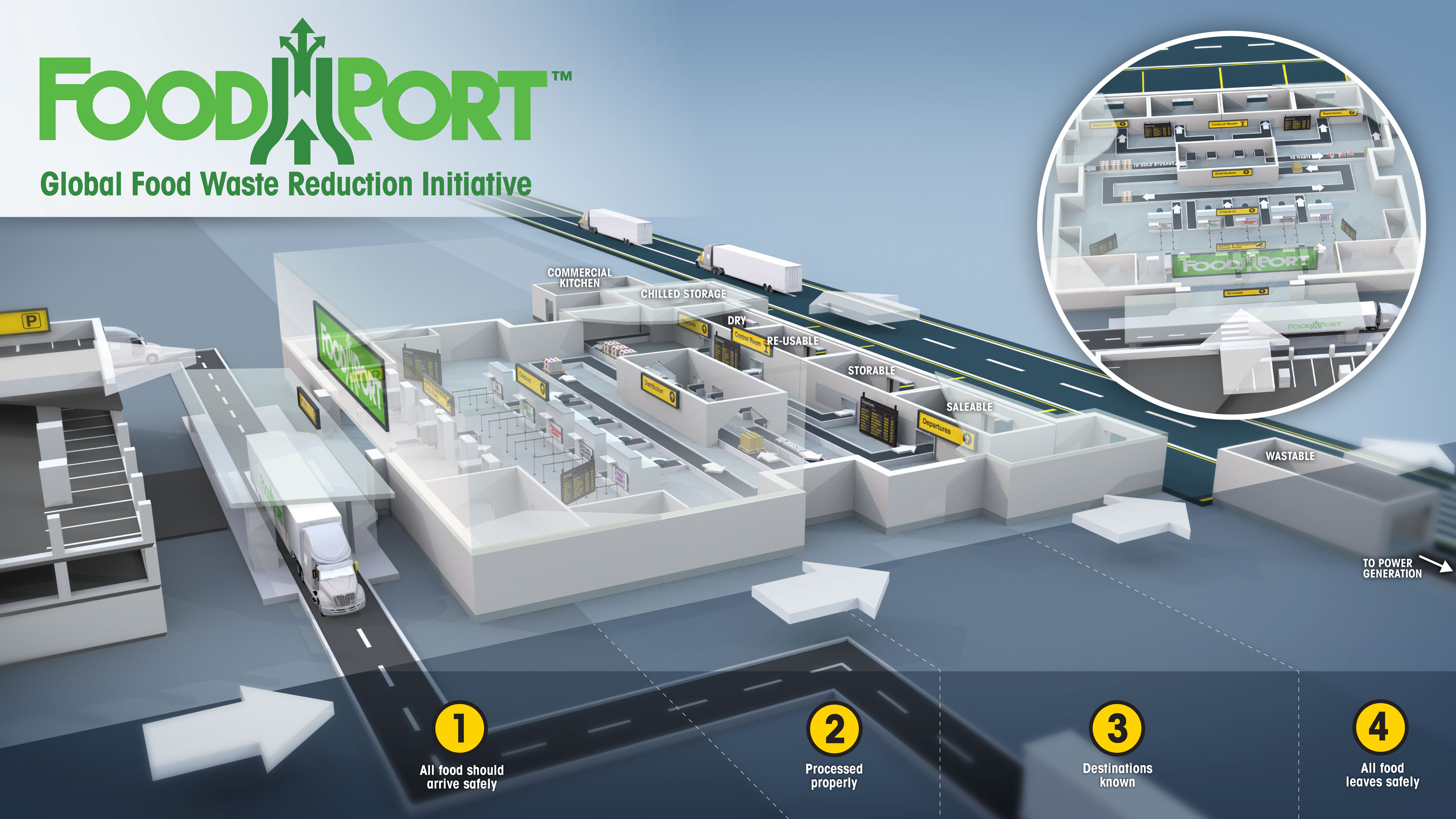 ‘The world needs to change its current unquestioning attitude that food is abundant,’ Mark said. ‘This may not come about until those who have plenty of food start paying for all the food that’s wasted.’

‘FoodPort is much bigger than my grievance about the poorly managed cold chain. It reaches into the very heart of the value we place on food, and forecasts a systemised structure that recognises that value. One currency that could be adapted to food saved from destruction might be carbon credits. Unless food suddenly doubles in value to cover the cost of wasted food, it could be a struggle to find a currency that would make FoodPort a viable business,’ Mark said.

A FoodPort website is being developed as part of a community education plan, and the word has gone out from the Summit for potential stakeholders to take an interest and explore the possibilities that a FoodPort concept might provide.

Currently, one third of all food produced is never consumed.

‘While the SuperCool Group is a small cog in the engineering side of the cold chain we believe the FoodPort concept has real potential, and it is apparent that those at the Summit agreed with us,’ Mark said.

‘Part of my motivation for bringing the concept forward was my feelings of shame and embarrassment that the message we have espoused for the past 30 years about compliance in the established cold chain and the need for expansion in places where the cold chain does not exist in order to save food, just isn’t getting through.

‘The cold chain is far from perfect, and in its way, it is contributing substantially to the wastage of food that’s happening even in developed countries,’ he added.

‘The SuperCool Group, and those who are working with us on this crusade, are pleading with world governments and private enterprises to adopt FoodPort, or a process like it, to help eliminate this horrific food wastage and the starvation that goes with it.’